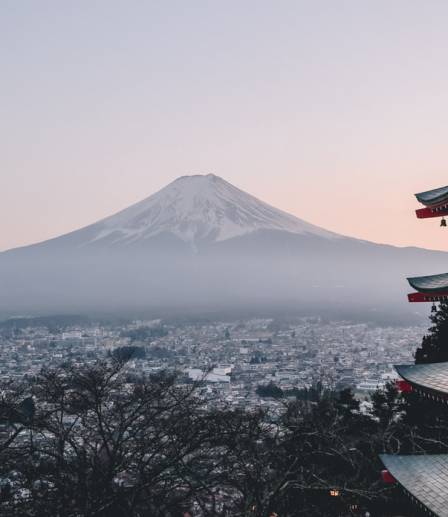 
Japan Listen/dÊ’É™ËˆpÃ¦n/ (Japanese: æ—¥æœ¬ Nihon or Nippon; formally æ—¥æœ¬å›½ or Nihon-koku, literally the State of Japan) is an island nation in East Asia. Located in the Pacific Ocean, it lies to the east of the Sea of Japan, China, North Korea, South Korea and Russia, stretching from the Sea of Okhotsk in the north to the East China Sea and Taiwan in the south. The characters that make up Japan's name mean "sun-origin", which is why Japan is sometimes referred to as the "Land of the Rising Sun".

The following countries can gain entry to Japan without a visa. Length of stay varies from 30 to 90 days depending on your nationality.

All foreigners should expect to be photographed, fingerprinted and questioned each and every time they enter Japan.